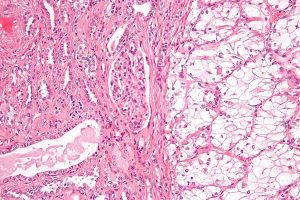 What is the incidence of renal cell carcinoma?

The incidence has increased dramatically in the last decade, mostly because of incidentally detected lesions from undergoing abdominal imaging. The latest Irish figures (National Cancer Registry) demonstrate that it is the 7th most common invasive cancer overall and that there are approximately 8 and 17 new cases per 100,00 in females and males respectively, with approximately 30% occurring in persons under 60 years of age.

Are there any particular risk factors for renal cell carcinoma?

Probably the most significant risk factors are smoking, being male, family history and obesity. Others include dialysis, high blood pressure, arsenic and inorganic arsenic compounds, cadmium and cadmium compounds and ionizing radiation.

Does family history or genetics play a role in renal cell carcinoma? 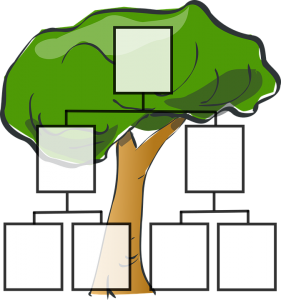 There are inherited (autosomal dominant) conditions that predispose to developing kidney cancer, however, these are rare. Other inheritable/familial causes are likely due to a combination of inheriting recessive genes in combination with sporadic mutations accounting an increased risk in family members of those with kidney cancer. People who have first-degree relatives, such as parents, brothers, sisters, or children with kidney cancer have an increased risk. This risk increases if a number of extended family members have been diagnosed with kidney cancer, including grandparents, aunts, uncles, nieces, nephews, grandchildren, and cousins, and if these family members were diagnosed before the age of 50, had cancer in both kidneys and or had more than on tumour in the same kidney.

Compared to the general population, it is estimated that a person is 2.5 times more likely to develop cancer if they have a sibling affected by kidney cancer (data from the Sweden Family-Cancer Database). This is higher than if you have a parent with kidney cancer.

Young age at onset is a clue to possible hereditary aetiology. In contrast with sporadic RCC, which is generally diagnosed during the fifth to seventh decades of life, hereditary forms of kidney cancer are generally diagnosed at an earlier age. In a review from the National Cancer Institute in America of over 600 cases of hereditary cancer, the median age at diagnosis was 37 years, with 7% of the cases being diagnosed at age 46 years or younger, compared with a median age at diagnosis of 64 years in the overall population. Bilaterally and multifocality are common in most heritable cancer.

What are the symptoms of a possible RCC?

As the majority of kidney cancers nowadays are detected incidentally and are small in size, patients will have no symptoms or signs.

Approximately a quarter of patients present with advanced or metastatic disease and they may have symptoms from the tumour. The patient may complain of hematuria, pain in the renal angle are, a palpable lump or node and other signs of advanced malignancy (fatigue, loss of appetite, weight loss or bony pain).

What are the possible signs of an RCC?

Unfortunately, there are usually no signs of small renal masses. The advanced or metastatic disease may have various signs of the metastatic spread or para-neoplastic effects. This cancer used to be called the Internists or Physicians Tumour because of the wonderful ways it could present with paraneoplastic signs.

What investigation can a GP perform if RCC is suspected?

There are currently no biomarkers that can screen for kidney cancer. Urine dipstick is the cheapest and fastest test, examining for haematuria, and if present initiate referral to a urologist. This test will have a very low sensitivity and specificity for detecting kidney cancer, and almost useless for detecting small renal masses. The best initial investigation is a renal ultrasound. Upon referral to a urologist, a dedicated CT Kidneys or MRI is performed to adequately assess the mass.

What treatment options are available in mx of RCC? 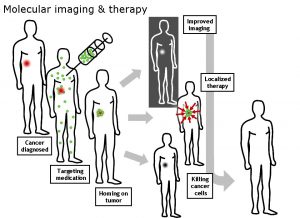 The treatment for renal cell carcinoma options have really changed quite a lot in the last twenty years, and remain predominantly surgical. There is no cure for metastatic renal cell carcinoma, except in a small percentage of very young, very healthy patients who undergo highly toxic immunotherapy treatment in select cases. Although growth factor inhibitors have been demonstrating good results in metastatic disease, they only slow down tumour progression in some subtypes of kidney cancer and do not cure. Therefore, catching the horse before it bolts is the main strategy with kidney cancer. Thankfully a stage migration from large advanced tumours too small (often incidentally detected) renal masses has occurred, meaning patients can be cured with excision of the tumour.

A patient-specific approach is taken based on patient and tumour-related factors.

Very small renal masses grow slowly and can be quite indolent, therefore active surveillance is a great option for certain patients especially with competing co-morbidities. Other options are partial nephrectomy, radical nephrectomy or percutaneous approaches (Radiofrequency ablation or Cryotherapy). We are expecting progress on immunotherapy options in the near future, similar to those achieved with metastatic melanoma.

What are the different surgical options?

Kidney surgery can be performed by open, laparoscopic or robotic-assisted approaches. The approach largely depends on the size or clinical stage of a tumour – for example, a very large tumour (potentially extending into the renal vein and/or vena cava) may be best suited to open surgery, whereas organ-confined or small masses would be excised by minimally invasive techniques such as laparoscopic or robotic-assisted. Traditionally most surgeries were done by an open approach, however laparoscopic or robotic-assisted techniques are being favoured by patients and surgeons, and are the most common surgical technique in modern healthcare. The first laparoscopic nephrectomy occurred in 1991 in the USA, and is now the gold standard for removing kidney tumours, and should be offered to most patients. Minimally invasive approaches (laparoscopic or Robotic-assisted) means that the surgery can be performed through small incisions, allowing for faster discharge, recovery and return to work, with better cosmetic results (incisions can be hidden in the umbilicus and below the ‘bikini line’).

The stage migration from large tumours too small renal masses has progressed surgery for kidney cancer enormously in the last decade. Our approaches have largely gone the same direction as breast surgery – rather than removing the whole kidney we now try to remove just the ‘lump’. Patients are doing very well with this approach – called partial nephrectomy. There is no question that for masses £4cm and anatomically simple, a partial nephrectomy is the standard of care. The benefits of partial nephrectomy are that much normal kidney tissue is preserved and has been shown to prevent the development of advanced chronic kidney disease and progression to dialysis, facilitates more options in patients who develop new kidney tumours (5% of patients develop a new kidney cancer) and data suggests there is an overall survival benefit (but the data is currently a little immature).

Laparoscopic and robotic-assisted partial nephrectomy are now available to patients and achieve excellent results with all of the benefits of minimally invasive surgery.

What is the prognosis of RCC?

Survival for kidney cancer is improving, and this is due to a range of factors; masses are being detected at an earlier stage, the surgical treatments are excellent, and the introduction of well-tolerated growth factor inhibitors has slowed progression of metastatic disease.

A lot depends on the stage at presentation. Caught early and treated successfully most patients are cured. Metastatic disease still has a poor enough prognosis (Localized tumours which are excised have over a 90% 5-year survival, those with regional spread 65.7%, distant spread 11%).